Why Is It A Good Idea To Invest In A High-quality Measuring Spoon? 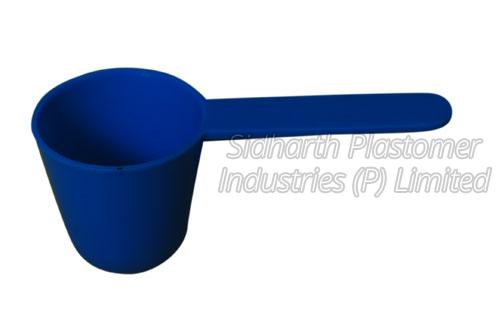 The measuring spoon by Measuring Spoons Manufacturer India, a basic yet powerful tool of home cooking, is frequently neglected and underappreciated in today's world of rushed dinners, short bits, and canned food. Unlike our seniors, who prepared and ate delicious meals at home, current youth is pressed for time and forced to rely on store-bought, quick-fix meals that lack the spirit of authentic cooking – love and sustenance for the body and spirit.


We recognise the power of a well-prepared meal. That's why we consider every piece of kitchen equipment to be an instrument, created to help the cook produce the ideal food. A measuring spoon is a precise instrument that has been calibrated to perfection and is meant to ensure that only exact amounts of an element make it to the soup pot, resulting in a delicious flavour, colour, and scent.

Spoons originated in Chinese history and evolved into various forms and sizes depending on the needs and social position of those who used them.

To pick tea, herbs, and medications from jars, the ancients developed little spoons made of bamboo. To prevent affecting the chemistry and flavour of the substances, these spoons were made from natural materials. They had a long handle for convenient access as well.


Spoons Are Considered a Luxury Item

Spoons were utilised as a sign of rank and power by the Egyptians and Romans, who were noted for their richness. Spoons were initially used as tableware in the Roman era when they were fashioned to be used for tasting.

Spoons were documented for specific functions such as baptism and social emblems in England approximately a thousand years later, but they were not employed as measuring devices. What happened when the English tea craze kicked up?

The expense of a pound of tea drove the standardisation of spoon sizes. Teacups grew smaller than coffee cups as a result of higher prices, resulting in a drop in the size of the spoon. To make flavourful tea while conserving money, sellers and brewers are required to dispense a precise amount of tea powder.


It's A Good Idea to Invest in A Decent Measuring Spoon

The spoon's functionality is even more relevant now, given its history. Every ingredient serves a purpose, and each recipe tells a tale.

With an increasing number of Indian families turning to traditional recipes and home medicines, we must measure our components precisely. Herbs, leaves, roots, and spices are typically powdered in Indian medicinal systems like Ayurveda. Each of these natural ingredients has potent attributes and medical capabilities, which we must consume in the appropriate amounts. Too little may have no impact, while too much may have severe negative consequences for the body and psyche.


The expense of a pound of tea drove the standardisation of Measuring Spoonssizes. Teacups grew smaller than coffee cups as a result of higher prices, resulting in a drop in the size of the spoon. To make flavourful tea while conserving money, sellers and brewers are required to dispense a precise amount of tea powder.

This entry was posted on May, 20, 2022 at 12 : 10 pm and is filed under Measuring Spoon. You can follow any responses to this entry through the RSS 2.0 feed. You can leave a response from your own site.